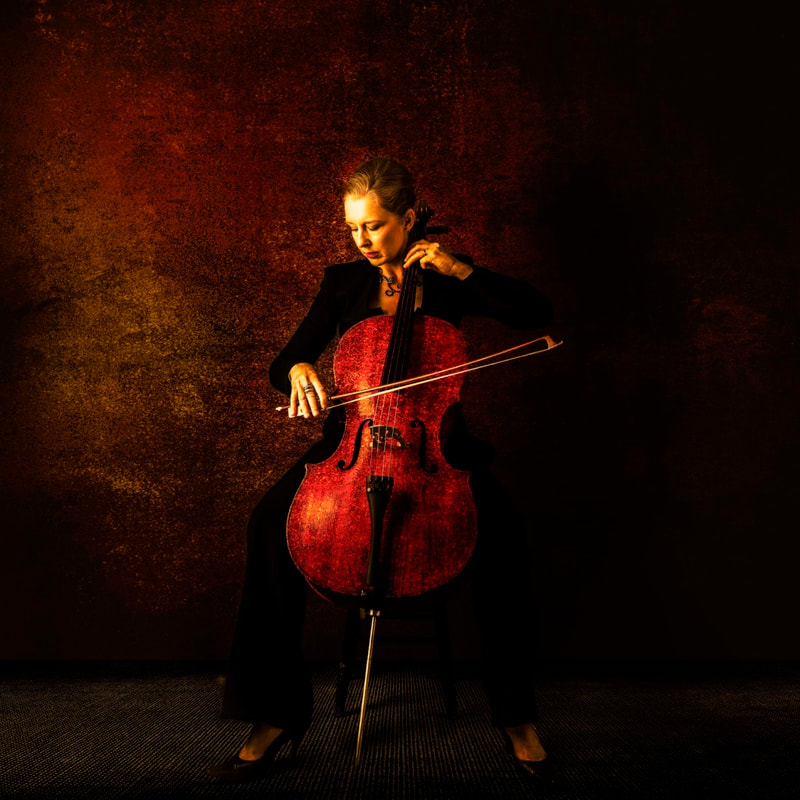 Susanne Beer (1967-2019) was born in Passau in Bavaria into a family of musicians. She started her studies at the Mozarteum in Salzburg in Austria with Winfried Tachezi, where she continued later with Heidi Litschauer. Susanne moved on to study at the Hochschule für Musik in Munich where she did her Finals with Walter Nothas and finished with a Master’s Degree at the Hochschule für Musik in Wurzburg with Xenia Jankovic.

Susanne went on to London in 1993 to study further with William Pleeth. With her first performance under the baton of Sir George Solti, playing the obbligato cello solo in Mozart's Don Giovanni, which was later released as a live CD,  she was offered the co-principal cello position at the London Philharmonic Orchestra, which she held for almost 20 years.

Susanne specialised in Continuo playing, having worked with Sir Charles Mackerras, Vladimir Jurowski, Sir Andrew Davis, Louis Langree and Robin Ticciati amongst others. From 1995 - 2012 she was the continuo cellist in Glyndebourne.

Susanne played as a recitalist and chamber musician in the Wigmore Hall as a member of the ‘Soloists of the London Philharmonic Orchestra’ and performed chamber music with members of the ‘World Orchestra for Peace’ sponsored by Credit Suisse. She played piano trio concerts with flautist Gisela Mashayekhi and pianist Mika Mori in venues such as the Bunka Kaikan Hall in Tokyo and duo concerts in the Konzerthaus in Vienna as well as solo recitals in the Kaisersaal of the Munich Residenz to name a few.

For two years Susanne was the principal cellist in the contemporary ensemble ‘Ensemble Wien 2001’, which gave her the opportunity of working as a soloist with composers such as Hans Zender and Nader Mashayekhi.

Previously she was the cellist in the Goldschmidt ensemble, during which time (1993-96) she worked closely with the composer Berthold Goldschmidt and performed the world premiere of 'Duo with Cordelia' for clarinet and cello in the Purcell Room.
Susanne’s debut recording was of Britten’s Solo Suite No.1 for Hessischer Rundfunk in Frankfurt, and she has recorded chamber music for the BBC, EMI, Opera Rara, Chandos, the London Philharmonic Label and Radio Milano.
​
Divine Art released her solo first album ‘Cello Diverse’, Garat Records her second solo album ‘Cinemacello’.

Susanne coached at The Guildhall School for Music and Drama; deputised and taught at the Royal Academy of Music; and gave master classes in Spain, the USA, the UK and Japan.

Susanne Beer (1967-2019) studied the cello with Jacqueline Du Pré’s teacher, William Pleeth. At the age of fourteen, she joined the junior department of the Mozarteum in Salzburg, Austria to study with Heidi Litschauer. She continued her studies in Germany with Walter Nothas at the Hochschule Munich and subsequently with Xenia Jankovic in Würzburg. After her MA, Susanne moved to London to study with William Pleeth. She did masterclasses with Paul Tortelier, Boris Pergamenschikow, Heinrich Schiff, Natalia Gutman and Arto Noras as well as chamber music masterclasses with Walter Schulz from the Alban Berg Quartet.

In 1993 she was offered the sub-principal position No 4 in the Northern Sinfonia and subsequently in 1995 the co-principal position in the London Philharmonic Orchestra. Susanne was invited to guest lead the cello section of other orchestras like the Royal Philharmonic Orchestra, the Northern Sinfonia, the Hallé Orchestra in Manchester, the Flanders Filharmonic in Antwerp or the Vienna Chamber Orchestra to name a few. Susanne was invited by Sir Georg Solti to lead the cello section of the World Orchestra for Peace in 1996 and continued to tour with them for eight years.

She played chamber music concerts with different ensembles over the years, with the Queen Elizabeth Hall and the Wigmore Hall in London, the Konzerthaus in Vienna and the Bunka Kaikan Hall in Tokyo were some of her most favourite venues.

She recorded solo and chamber music for the BBC, Opera Rara, EMI, Chandos and Hessischer Rundfunk to name a few. Divine Art released her first album ‘Cello Diverse’, including works by Debussy, Stravinsky, Brahms, and Morricone. Her second solo album 'Cinemacello' was launched shortly after.

Susanne mentored the winners of the London Philharmonic Orchestra’s Future First student scheme and coached at the LPO Youth Orchestra, the Southbank Sinfonia and the Guildhall School of Music and Drama as well as at the Royal Academy in London. She also  gave masterclasses in the USA, the UK, Japan and Spain.

Susanne was accredited Suzuki teacher, qualified by BSI Suzuki Institute. In 2012 she founded 'The Cello Corner' in London, where she taught the cello with the Suzuki method as well as orchestra studies / solo repertoire to aspiring professionals. In 2017 Susanne taught and performed at Bryanston International Summer School and in 2018 at the National Children's Workshop at Trinity Laban College in Greenwich. 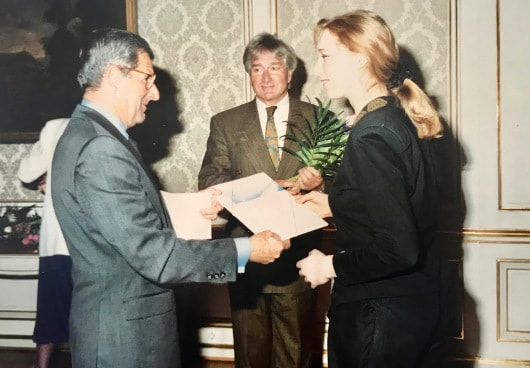 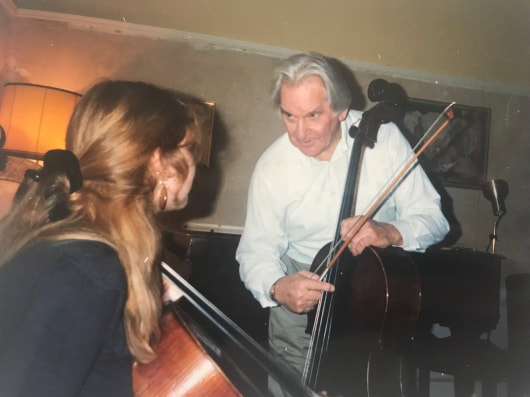 Master Class with William Pleeth in 1993 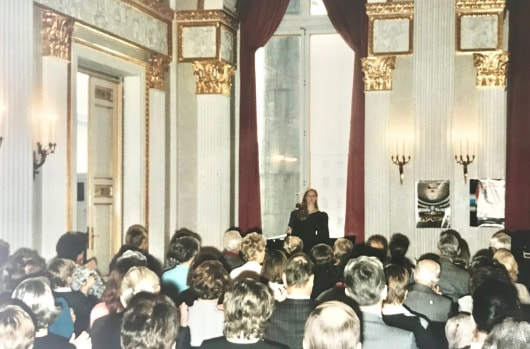 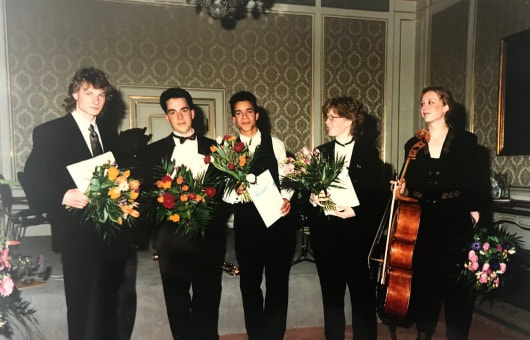 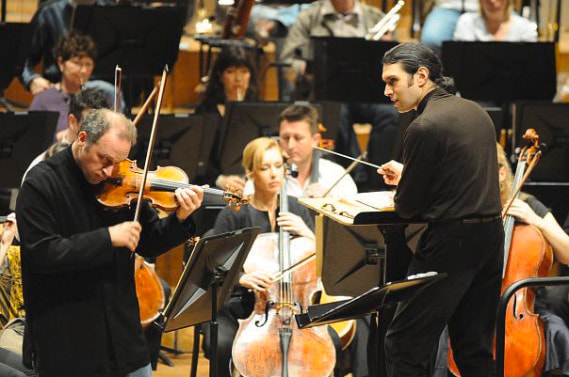 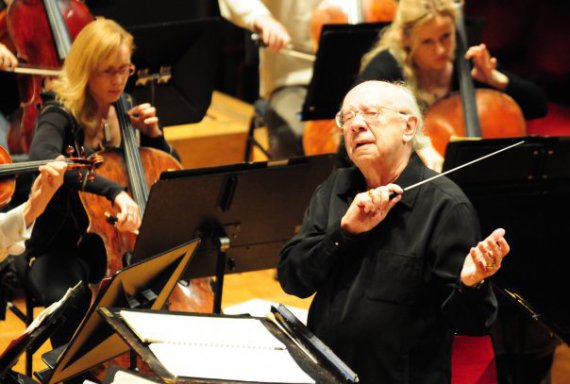 Concert with LPO and Gennady Rozhdestvensky (Metamorphosen by Richard Strauss) 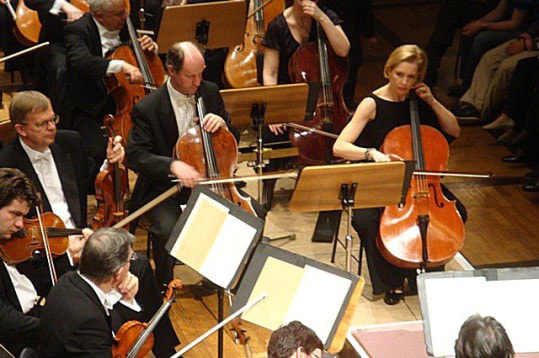 LPO on tour in Germany 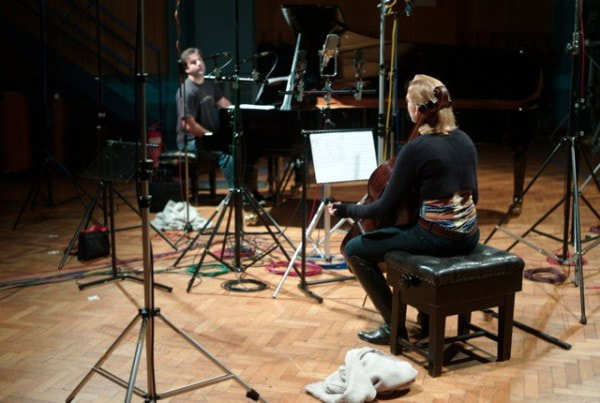 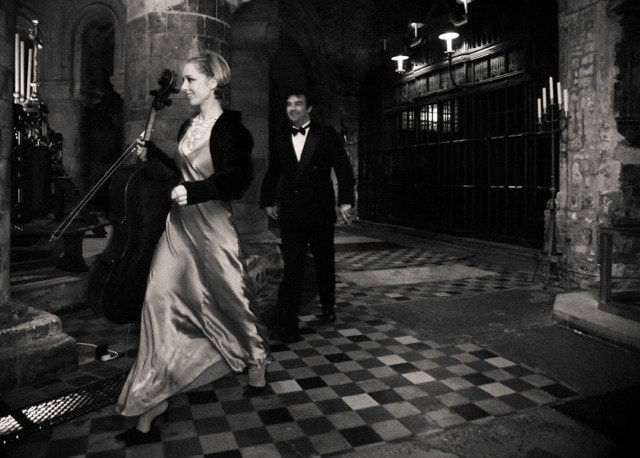 Susanne Beer, with pianist Gareth Hancock,  recorded two solo albums: Cello Diverse and Cinemacello. She also appeared on a number of orchestral albums with the London Philharmonic Orchestra and other ensembles.

” The disc contains some of the finest and stringest, most purposeful cello playing I’ve heard in a long time…I was immediately reminded of the young Jacqueline du Pré.”
(Music Web International, London)

“…she brings those low tones to bear in a most stately fashion but isn’t afraid to unleash the funk when the passages call for it.”
(Midwest Record)

“…has a warm, pliable tone that is fully alive to the wit and dynamic shading of Stravinsky’s Suite Italienne…”
(Classical Music Magazine)